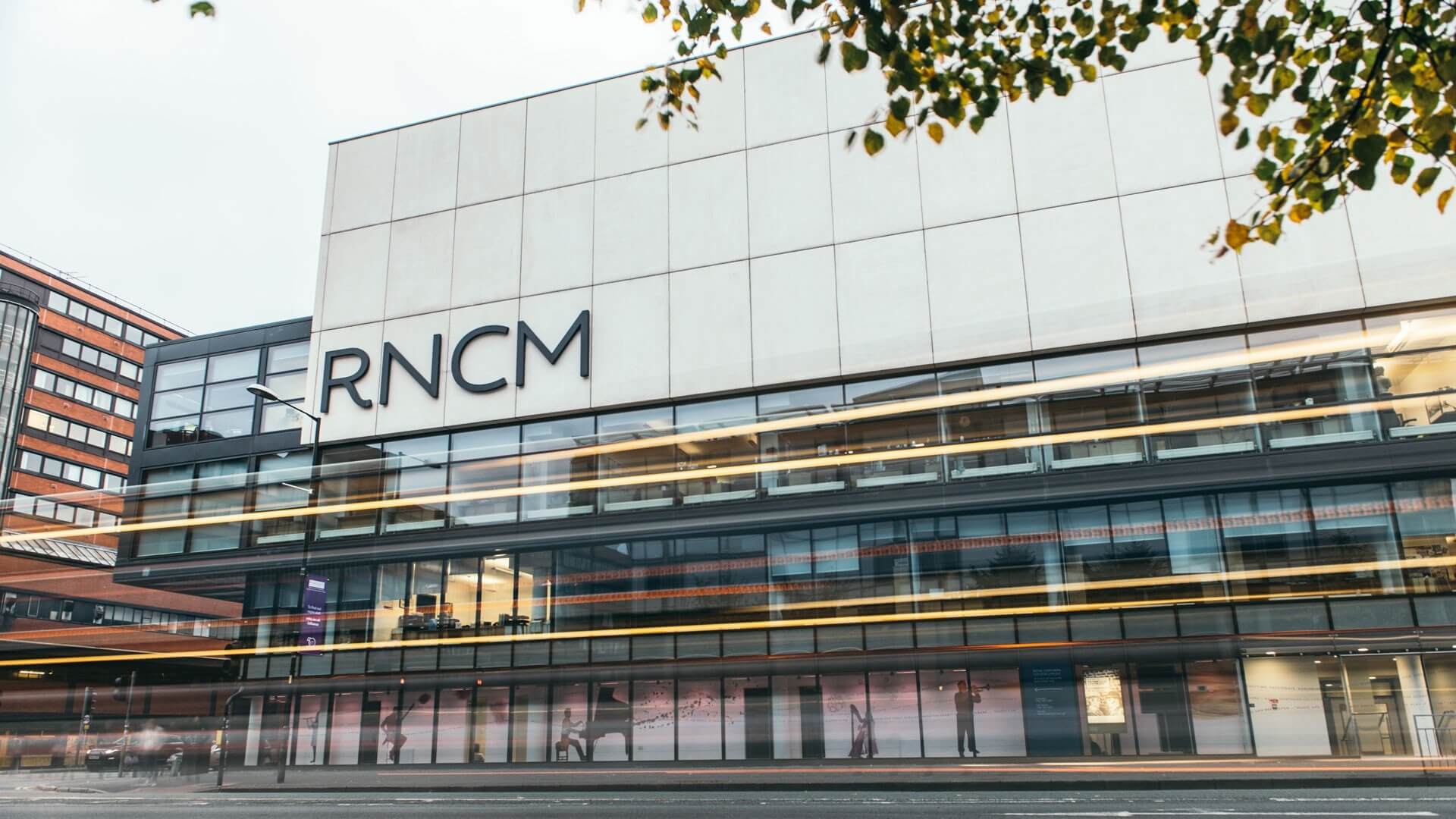 The RNCM is a leading international conservatoire located in the heart of Manchester, with a reputation for attracting talented students, teachers, conductors and composers from all over the world.

Now in its fifth decade, the RNCM is relatively young, but its rich history spans back to 1893 when Sir Charles Hallé founded the Royal Manchester College of Music. In 1973, this institution merged with the Northern School of Music, and the RNCM was born.Today, the College is a thriving conservatoire with around 320 teaching staff and 880 students from nearly 60 different countries.

Complementing this role, the RNCM is also a vibrant live music venue offering unparalleled opportunities for students to perform regularly to public audiences and to work alongside professional musicians and visiting artists. Housing four major performance spaces, including a professionally-staffed, fully-equipped Theatre and recently refurbished Concert Hall, the College presents more than 400 concerts each year, ranging from RNCM orchestras and ensembles and large-scale opera productions, to a host of touring companies and external hires.

Under Graduate Fee and funding