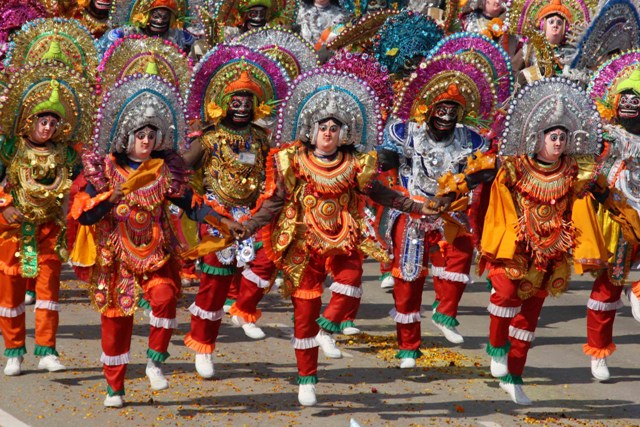 Chhau, one of the many varieties of tribal marital dance, has a particular ethos. Year-round cultural extravaganzas, which were traditionally conducted to commemorate the Sun Festival, now provide a broad canvas for its spread. Chhau’s thematic material is based on epic legends, and the mask is the most distinguishing feature of the dance. Seraikella Chhau in Jharkhand, Mayurbhanj Chhau in Odisha, and Purulia Chhau in West Bengal are three varieties of the dance said to have originated in the erstwhile princely state of Mayurbhanj. Masks are used in all of the dances. Each form’s masks, style, and accompanying music, on the other hand, are different.

Some literary experts say that the name Chhau is derived from the Sanskrit word ‘Chhaya,’ which essentially means masks, shadow, or image, while others believe it is derived from the word ‘Chhauni,’ which means military camp. The third argues that the word ‘Cho… Cho… Cho’ derives from the joyful cry ‘Cho… Cho… Cho’, which is commonly echoed during hunts. Mock fighting methods, stylized birds and animals, and motions modeled age housewives’ duties are all part of its movement language. It plays an important part in the Chaitra Parva spring festival since it is inextricably linked to its ceremonies. Because it engages the whole community, it is a people’s art. It is done by male dancers from traditional artist families or those who have studied under Gurus or Ustads (masters). Its origins may be traced back to indigenous forms of dance and martial arts.

West Bengal’s Chhau has its distinct personality. Due to a lack of persistent funding, its exterior appearance has been altered to some amount, however, its spirit has not changed much from its hunting or warring roots. In contrast, the Purulia Chhau is nearly the polar opposite of the Seraikella form, which is refined and stylized.

The performances, which are generally held in front of a Shiva temple or the town square, are preceded by brief and basic ceremonies. Chhau was a ritual dance that was performed on the occasion of the Bengali calendar’s sun festival, which took place at the end of the month of Chaitra (mid-April). Over time, Chhau has also become a staple of other festivities. Chhau does not have a dais or an elevated platform. Squatting on the naked ground, spectators form a circle and watch the drama unfold. The dance generally begins as the sun sets and lasts until daybreak. The show would not be complete without the echoing drum. The dance begins with a rumbling and a thundering prayer to Lord Ganesha. With the dhol and the dhamsa, musicians build up the crescendo as the invocation fades out (both percussion instruments). The notes and melody of the rendition are held by the flute-like mahuri. In contrast to the Seraikella Chhau, the principal drummer sings the introduction song or performs rhythmic portions during the performance in Purulia Chhau.
A demon, in contrast to the heavenly hero, performs powerful somersaults at the entrance to distinguish between the uncontrolled and the stoic. The dance narrative is mainly based on incidents from the Ramayana and Mahabharata Hindu legendary epics. Purana episodes are occasionally utilized as well. The performance is dominated by two rasas, vira, power, and Rudra, strength. The basic topic of most of the dances – ‘Mahisaur Badha,’ ‘Mahiraban Badha,’ ‘Kiratarjun,’ ‘Abhimanyu Badha,’ and ‘Bokasur Badha’ – is the triumph of virtue over evil. In Chhau, no women take part; men take on the female parts with panache. The mask is the most essential and distinguishing feature of Purulia Chhau. This is an essential aspect of the dance that both liberates and provides a function to the dancer. Even though the Purulia Chhau’s thematic substance is confined to epical stories, the range of masks in the Purulia Chhau is arguably more diversified than the Seraikella masks.

A dance from Jharkhand’s Seraikela Kharsawan area in which the performers wear masks over their faces. The dancers focus on using their body movements to portray their Rasa (emotions) and Bhava (mood). Siro Bhedo (head gesture) and Griba Bhedo are two of these moves (neck gesture). Drishti Bhedo, on the other hand, receives no attention (movements of the eye and glances). In 2010, UNESCO designated the dance as an intangible cultural heritage of India. The Singhbhum area includes Seraikela. Saraikela Chhau is an energizing dance form that emerged from Parikhanda martial arts skills. The clay masks are built on a wooden platform and left out in the sun to dry. Following the drying of the mask, it is coated with paper, cotton, and a fine coating of clay. The eyes and lips are cut out after stacking, and then they have dried in the sun again. During the celebration, as the day draws to a close, the Chhau dancers perform to welcome the Ratri (night). Ratri is shown with her eyes half-closed. The dance depicts tranquil surroundings and is based on Rig Veda’s Ratri sutra. Bijoy Pratap is responsible for Seraikela Chhau’s repertoire. He was a master choreographer of the Chhau dance form. Aditya Pratap and his sons continued the practice after him. Male dancers are the majority of those who do Chhau. Because there are no words spoken in Seraikela Chhau, the music is largely background music. Hindustani music songs are featured in many of the performances.

A dance from the Odisha district of Mayurbhanj, it has its unique set of methods. It differs from other dance genres in that it is done without the use of masks. The warriors in this dancewear their traditional garb and execute the dance using Chhau’s stringent procedures. Chhau was popular in the past and is still popular now in Odia-speaking communities. This dance form was originally limited to swordplay, with a sword in one hand and a shield in the other. The majority of the music was produced solely to highlight the dancers’ physical prowess, sword-playing talents, and acrobatic maneuvers. In Mayurbhanj Chhau, learners must practice their expressions by completing various sorts of exercises that stress their body motions to make their bodies fit and flexible enough to acquire all of the methods. The dance’s clothes and costumes are determined by the topic and figures depicted. Dhoti gamcha, turban, and kamarband are among the clothing pieces. Ghungroo and bajubandh are two of the decorations. Some of the major props were swords, shields, lathi (stick), bow, and arrow. Music (which is a mix of Odisha’s classical and folk music) plays an important part. The instruments used in this dancing genre include the dhol, shehnai, dhumsa, and chad-chadi.

Today’s Chhau outfits are bright and flamboyantly created. The painters portraying gods wear vivid green, yellow, or red pajamas, whereas the asuras, or demons, wear dark or black pajamas that are loose. Stripes of clashing colors are sometimes utilized to make the outfits more appealing and unique. Goddess Kali, a well-known Chhau figure, wears an all-black outfit. Chhau’s mood is conveyed by energetic jumps, hops, and twists. These motions, on the other hand, are not random. On the contrary, every bodily movement, including the movement of even the peaks of each mask, adheres to the dance’s predetermined laws and syntax. Euphoria, sorrow, or courage are indicated by shoulder and chest motions. During the enactment of a battle scenario, jumping in the air, or ulfa as it is known among the dancers, denotes an attack. The look on the mask’s face has been meticulously researched and depicts minute details of the character. For the artist to create the ideal mask reflecting the suitable mood, he or she must have a high level of creative excellence and a thorough understanding of mythology and epics. The devil masks have knitted eyebrows and thick hair and are constructed of pulp, painted with indigenous colors, and embellished with peacock feathers, zari (gold and silver embroidery), and jute.

Despite its uniqueness, Chhau has struggled to enter the mainstream of Indian dance. The harsh terrain and environment, as well as current political unrest in the region where Chhau is usually performed, have had an impact on not just the performers, but also the dance form itself. Chhau is an important aspect of these cultures. It brings together people from various socioeconomic strata and ethnic backgrounds, as well as people who have different social behaviours, beliefs, vocations, and languages. Increased industrialization, economic pressures, and new media, on the other hand, are causing a decline in communal engagement, with communities becoming increasingly detached from their origins.