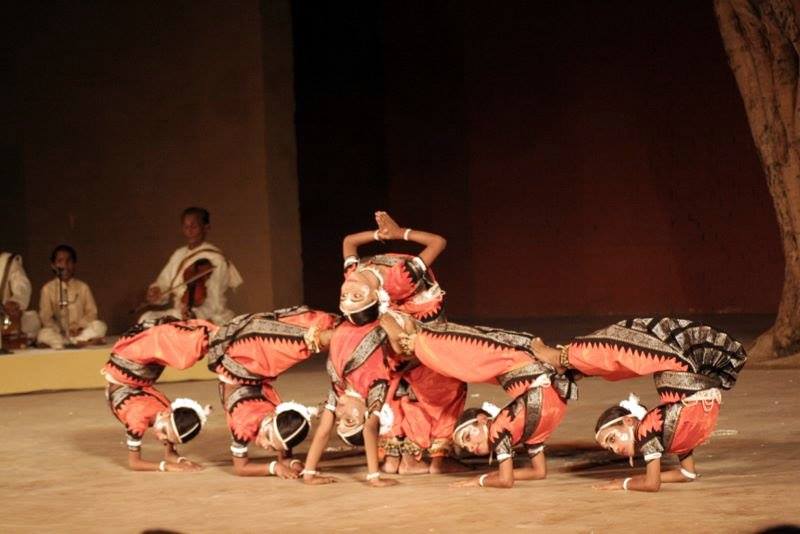 The Gotipua dance of Odisha

Gotipua is one of the oldest dance forms within the Indian State of Odisha. This ancient dance is taken into account to be the forerunner of the famed classical Odissi dance form. Despite the fact that Odissi absorbed a great deal from Gotipua and earned global reputation as a classical dance style in a relatively short period of time, it was completely ignored. It’s natural charm rests in its rawness. The winds of change are swiftly sweeping over this ancient, traditional style, with Gotipua’s earthy components being purified to resemble Odissi. It’s a procedure that results in a lot of waste. For several centuries young boys dressed as ladies performed the Gotipua dance form to praise the supreme God Jagganath or Lord Krishna.

In Odia, ‘goti’ means single and ‘pua’ means boy. Boys begin to select the dance passion at a young age until they reach adolescence. The vigorous coaching at such an early age helps them to mould into elegant female performers. The boys dress them up as ladies and perform within the rhythm of the traditional classical Vaisnava music representational process of varied stories from the Puranas and on the life of Radha and Krishna. To transform the boys into sleek female dancers, they don’t cut their hair and create a knot woven with garlands of flowers into the hair. They apply make-up on their face mixed with white and red powder. Kajal (black eyeliner) is applied around the eyes with a broad definition to present them with an elongated look. An ancient pattern is drawn with white wood around the ‘bindi’ that is placed in the middle of the forehead.

The ancient dance costume “Kanchula”, a bright coloured shirt with shiny decoration which associates a range of apron-like decorated silk material which is tied around the waist, sort of a ruffle worn around the legs which is known as “nibibandha”. The Gotipua dancers have given up their traditional costumes because of the influence of modernity. In some cases, they still adhere to the tradition, they use the pattasari created with one piece of tissue of around four meters long, that is worn tightly by having equal lengths of fabric on each side and by fastening a knot on the navel. Those traditional dresses are usually replaced by a newly designed material which is easier for dressing. The dancers wear specially designed jewellery created with beads. Also, they wear necklaces, bracelets, armbands, nose rings, ear ornaments, and others. Most of those are thought of as sacred. The nose piercing jewellery has been replaced these days by a painted motif. They tie bells known as ghungru to their ankles to intensify the beats tapped out by the feet. Palms and soles are painted with a red liquid known as “Alta”. The costume, jewellery, and bells are all sacred items.

In ancient times, the temples of the province had feminine dancers known as “Devadasi or Mahari (in Odisha)” who were dedicated to Lord Jagannatha. The sculptures of the dancers on the renowned temples of Odisha show the proof of this ancient tradition around the sixteenth century, with the decline of the Mahari dancers, the category of those boy dancers came into existence in Orissa to hold out the tradition. This was throughout the time of Bhoi king avatar Chandra Dev who was the founding father of the Bhoi dynasty. The Gotipua dance is in Odissi style, however, their technique, costumes, and presentation disagree with those of the Mahari. The singing is completed by the dancers themselves. It’s mostly from the Gotipua dance that the current variety of Odissi dance has been inspired. Most of the contemporary Gurus of Odissi dance (like the renowned Guru Kelucharan Mohapatra from Raghurajpur village) were Gotipua in their young days. The fascinating style of Odissi dance relies on tandava (vigorous, masculine) and lasya (graceful, feminine) dance, and has 2 basic postures: “Tribhangi” where the body is in the command with 3 bends of the head, body and knees, and “Chouka”, a square-like stance that symbolizes Lord Jagannath. The fluidness of the higher torso is a characteristic for Odissi and is usually compared to the light waves of the ocean that forever caress the province beaches.

Boys from poor families are chosen at a young age (4 to five years old) and are tutored with varied distinctions of this dance type underneath a guru. The veterans agree for 2 reasons. One, they are poor and two, they believe Gotipua is special and is reserved just for God’s children. From the time they are registered into the dance school, they have then been instructed to complete the range of the Gotipua dance that has the worship prayer (Vandana), enactment of songs or ancient writings (Abhinaya) and athletic yogistic postures (bandha Nrutya).

They keep learning and are active until they attain it in their lifetime or when they lose their immature charms and are fully grown into a man. This is once they go into a sort of unique dance or they begin grooming young Gotipua dancers themselves. In Gotipua dance performance, you get to feel the innocence of the child, the gorgeous depiction of the Radha-Krishna Leela through the different actions. The beauty, poise, and beauty of their externally female type, and eventually the sheer strength once they perform the stunning athletic stunts. This ancient dance form is as charming as a contemporary one. It is fully loaded with energy too which is an addition to folklore, classical forms, music, and mythology. It is a stunning mixture of art, feeling, and storytelling that creates an exciting concoction. To experience the beauty of this dance form, one needs to go on a cultural trip to Odisha. Most well-liked resorts showcase a Gotipua dance performance at their premises from time to time and there are dance academies in Bhubaneshwar too. But if you would like to go to the roots and spend time with the particular dancers and the artisans then the heritage village of Raghurajpur would be your best bet to explore the charm of the ‘Gotipua’ dance form.